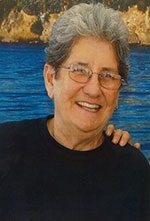 Nancy was born on March 6, 1932 in the southern part of New Mexico in a town called Deming. When she was nine years old, her dad brought her to Lincoln Heights, which used to be a Chicano neighborhood. Nancy did not finish school. Ask her to explain her school years...?

Nancy has been working since she was eleven years old, picking apricots in Santa Paula and picking cotton in Tulare County by Bakersfield.

By the age of thirteen, she started working in the neighborhood restaurant, helping the lady in the kitchen. A few years later, the man who owned the restaurant sold it. Originally it was sold to Mexicans who started a bakery. Nancy started working for them, delivering pastries all over town. This is before she had her driver's license. She delivered pastries in the area where Dodger Stadium is now located. That area used to be residential, where many Chicano's lived. When Nancy was younger, she witnessed a man going to a local Chicano house, pushing the woman outside, and bulldozing the house down, leaving the woman homeless. 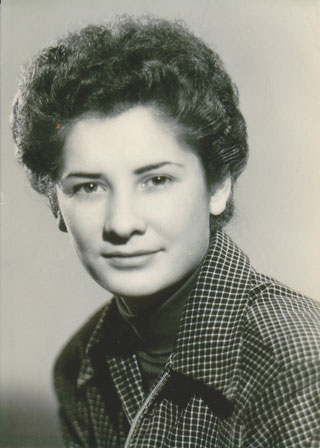 Throughout Nancy's life, she was treated like a second-class citizen because she was Chicano. Due to what Nancy saw and experienced, she started to become rebellious at a young age. When Nancy was fifteen years old, she started to notice that she was different. She was a lesbian but she didn't even know what a lesbian was at that point. Nancy had short hair and would wear men's clothing, which was very looked down upon. Therefore, she was always targeted by the police. When Nancy was seventeen years old, she got arrested for city ordinance. It was a misdemeanor. Nancy said the real reason she got arrested is because the cops were against lesbianism. After she was arrested and went to court, she ended up on the streets. Her mom wouldn't take her in, and she didn't know where her brother was. She went to the bars and one of the bartenders, Mary, asked Nancy to move in with her. After living with Mary for a few months, Mary got pregnant with her boyfriend who she had just broken up with. Nancy helped Mary as much as she could. Nancy went up to the owner of the apartment complex they lived in and asked her for a job. She started painting the apartment complex for money, and eventually worked her way up to be the manager. 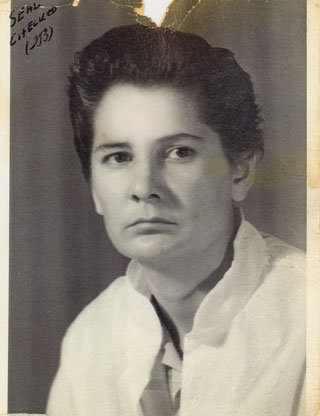 Nancy's main occupation was working in barbershop. However, getting her barbers license was an uphill battle, similar to the rest of her life. She was unable to go to barbers school because she didn't finish school. However, one day, a man came up to her and told her that if she passes an IQ test, she could get her barbers license. After a lot of hard work, she passed her IQ test and became a barber. Similar to the rest of her life, however, she was treated unequally than the other barbers. She wasn't getting paid the same salary because she's a woman.

Nancy had to fight every step of the way in her life. She has had to work since she was eleven years old, her mother neglected her, and gangs in the area threatened her because she was gay. She never felt safe or felt like she had a home until she came to Triangle Square. Nancy said that she fits right in at Triangle Square. 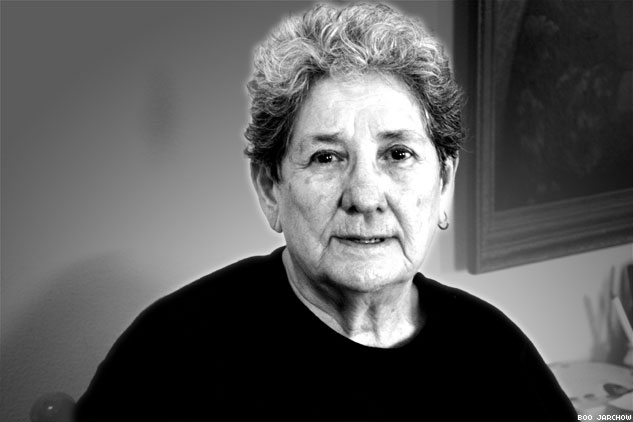 In 1948, Nancy Valverde was 17 years old when she was first arrested by the Los Angeles Police Department. Her crime was masquerading, an old statute that prohibited men and women from wearing gender-noncomforming clothes. Police pointed to her short hair as well as the zipper in the front of her pants as evidence, and she eventually was sentenced to three months in prison. These were clothes that she wore for comfort, says Valverde, while working to support herself financially.

"I was a juvenile. I wasn't supposed to be there with those older women. Of course, I didn't mind it," she says, laughing. "I didn't even know the word 'lesbian.' The first time I heard it was in jail."

One day, she ran into a woman named Mary Sanchez, whom she had met before at a bar with mutual friends. By chance, Sanchez was moving her belongings out of her apartment, and Valverde offered to assist her.

"The next day, my back was shot," Valverde says. "Destiny. I believe in that — the invisible forces."

Valverde stayed in bed while Sanchez, who was pregnant at the time, cared for her. She told Valverde about the troubles she had been having with her boyfriend. By the time Valverde's health improved, Sanchez had ended the relationship, prompting Valverde to offer to help support her and her unborn child.

"I said, 'I'm not lazy, I work,'" she remembers telling Sanchez. "And she looked at me really sad, as if she'd heard that line before."

Already two weeks behind on the rent (a total that, at the time, amounted to $14), Sanchez managed to convince her landlord to let her become the building's manager. They were able to stay together in the apartment.

Valverde and Sanchez became a couple and sustained their relationship for 25 years. However, they broke up after Sanchez's child grew to become an adult suffering from drug addiction, causing a rift between the pair.

"I couldn't see myself putting up with an addict for the rest of my life," says Valverde, sadly. "And I walked out. I miss her every day of my life."

Throughout her lifetime, Valverde helped raise four children of women she loved. She raised one child, Salvatore, for six years, before his birth mother, who initially rejected the baby, returned to take him away.

"They said lesbians could not raise kids," Valverde says.

But 10 years ago, Salvatore tracked down Valverde, and the two reunited. Valverde keeps a picture of him and his wife in her apartment, along with a photograph that the pair took together when he found her as an adult.

"This is the best place that I've lived in," Valverde says of Triangle Square. "People know what you're about."

Having first broken ground in 2006, Triangle Square, operated by Gay and Lesbian Elder Housing, is one of the nation's few affordable housing facilities specifically tailored to LGBT seniors. The Advocate visited the Los Angeles-based community in order to speak with some of its residents and ask them for tales of "first love." Here are stories both sweet and sad from the seniors we met.